The Pitfalls of Panoramas by Alan Purnell

On 24 September 2020 members were treated to a valuable tutorial on the pitfalls of taking panoramas, via a Zoom session,  by talented landscape photographer Alan Purnell. Aside from panoramas that can be created by cropping a high resolution image, the method Alan discussed in the presentation was that of creating and stitching a number of images together using software.

Alan then ran through a list of gear needed to take panorama images. He then gave a demonstration of the type of equipment that he used to take panoramas and explained some of the pitfalls involved and how things could so easily go wrong. 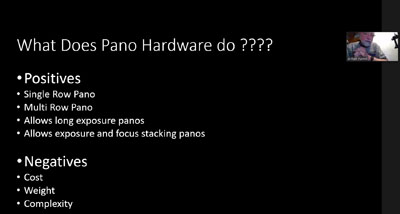 After receiving a number of queries from members about the equipment, Alan then gave a quick demonstrations of how to take panoramas correctly and the steps that he takes to avoid common mistakes.

Alan mentioned that a common problem with panoramas is distortion caused by elements of the image not being on the same focal plane. That is, some are much closer to the camera so that they create perspective distortion similar to the effect of close subjects to a very wide angle lens. Other factors like moving elements (waves and windblown trees) can also create unwanted artifacts in the finished image. 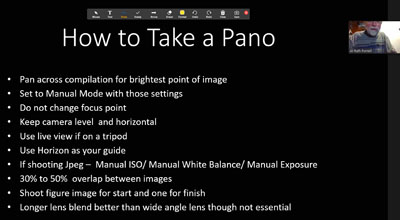 After more discussion Alan showed a series of panoramas he had taken. All of the images had common problems when taking panoramas.  Alan asked the membership to point out mistakes. Alan then explained what he should have done to avoid the pitfalls and more importantly, how to correct the problems.

After working through a series of failed images and much more discussion Alan opened Adobe Lightroom and Adobe Photoshop and demonstrated how to create a panorama using the software.

It should be noted that the software produced by Adobe, both Lightroom and Photoshop, have the capability to merge several images together to form a panorama. Both pieces of software will produce similar results. It is obvious that over time Adobe has been enhancing this panorama merge capability  to produce better and more accurate merged images from both of these products. 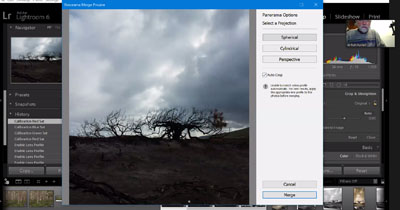 Once members were clear on how to use the software to create panoramas Alan then showed a series of images where things didn’t go exactly to plan when creating panoramas, however, all was not lost. Alan then took time to show members how unwanted artifacts from merging could be removed by manipulate the images the software had created to develop realistic panoramas.

One of the most common artifacts introduced with combining images taken with wide angle lens is image distortion. One way, easy as well, of removing that distortion is within Photoshop. Alan demonstrate how you can use the Transform/Warp tool to push and pull the image to remove some of that distortion. 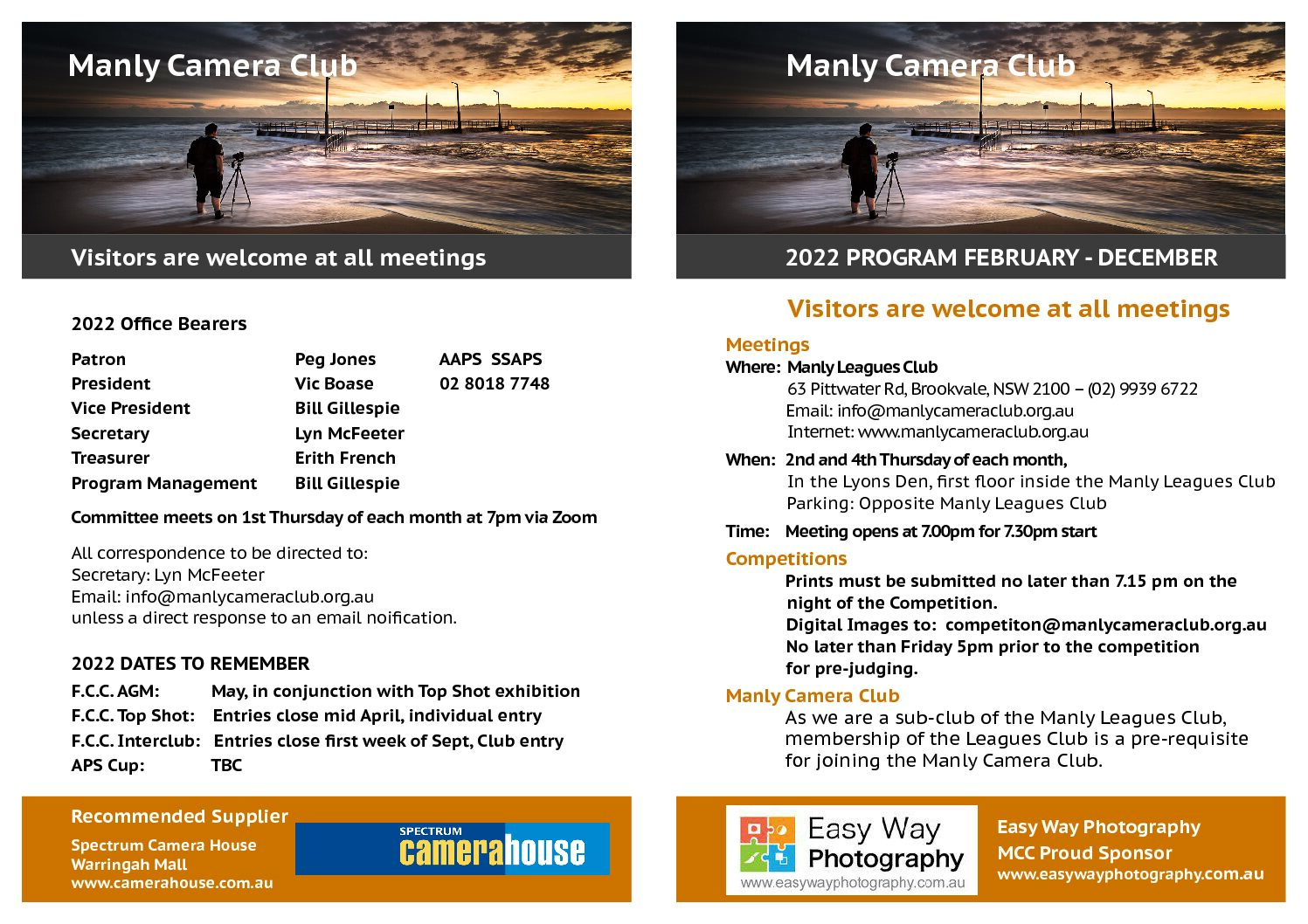