On 14 March, nine club members set out on a very soggy Sunday for a three day shoot at Hawks Nest. Members met at the Hawks Nest Golf Club for lunch to discuss their journeys in torrential rain and talk about their plans for action.
After a hearty lunch club members then travelled around most area of Hawks Nest and even ventured as far as Mungo Brush Reserve. However, due to the inclement weather, most of the first day was spent scouting for dawn, sunset and possible astro shots for the following days rather than taking photos.
The hoped for sunset shoot on the first day was also postponed due to cloudy skies and constant rain, however, members gathered together for supper to catch up on what had been happening since the beginning of Covid-19 and discuss plans to the next day. This was only the second time that members had been able to get together since the arrival of Covid-19 had suspended face-to-face meetings.

The next morning members were up bright and early and headed to the Singing Bridge for a hoped for dawn shoot. With misty rain falling members waited in eager anticipation for the rising sun but to no avail. While there was some promise of red sky most members had to be content to take long exposures of the local structure.
After breakfast members set out to further explore the area and photograph some of Hawks Nest natural beauty. Members headed to Bennetts Beach, looked at Jimmys Beach Reserve, before exploring various points along Winda Woppa.
With the weather beginning to break and blue sky appearing, members gathered at the Tea Garden’s Hotel for a well-earned lunch before deciding to heading north for a photoshoot in the sand dunes of Dark Point. Dark Point provided a variety of locations for photography and some even had the opportunity to photograph a dingo that decided to “stalk” four club members.
With the sun beginning to set members checked out the eastern side of the Singing Bridge for a photoshoot before deciding to head to Jimmys Beach Reserve and try their chances there. Due to the clouds beginning to cover the sky an astro shoot was ruled out so members once again gathered to tell stories short AND tall about the days efforts.
The next day the clouds broke so a few members headed back to the Singing Bridge to chance their luck for a dawn shoot while most members headed to the much closer Bennetts Beach. With the clouds providing some fantastic reflective elements members were greeted with a beautiful sky for a dawn shoot.
With the shoot complete and a slight mist falling members headed back for breakfast before heading home to complete the outing which, while not great for photographing, was a fantastic time for members to get together and enjoy each other’s company. 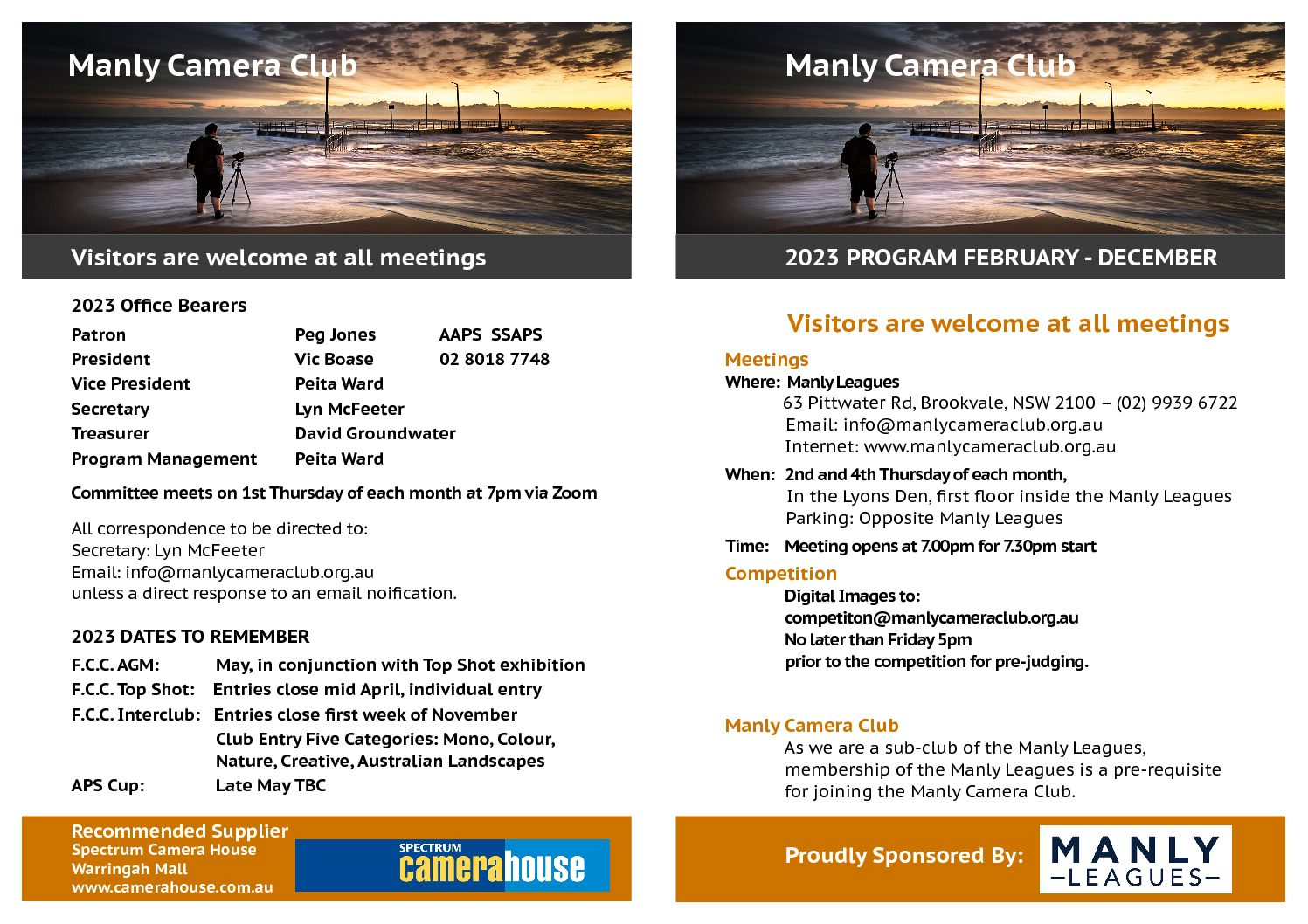